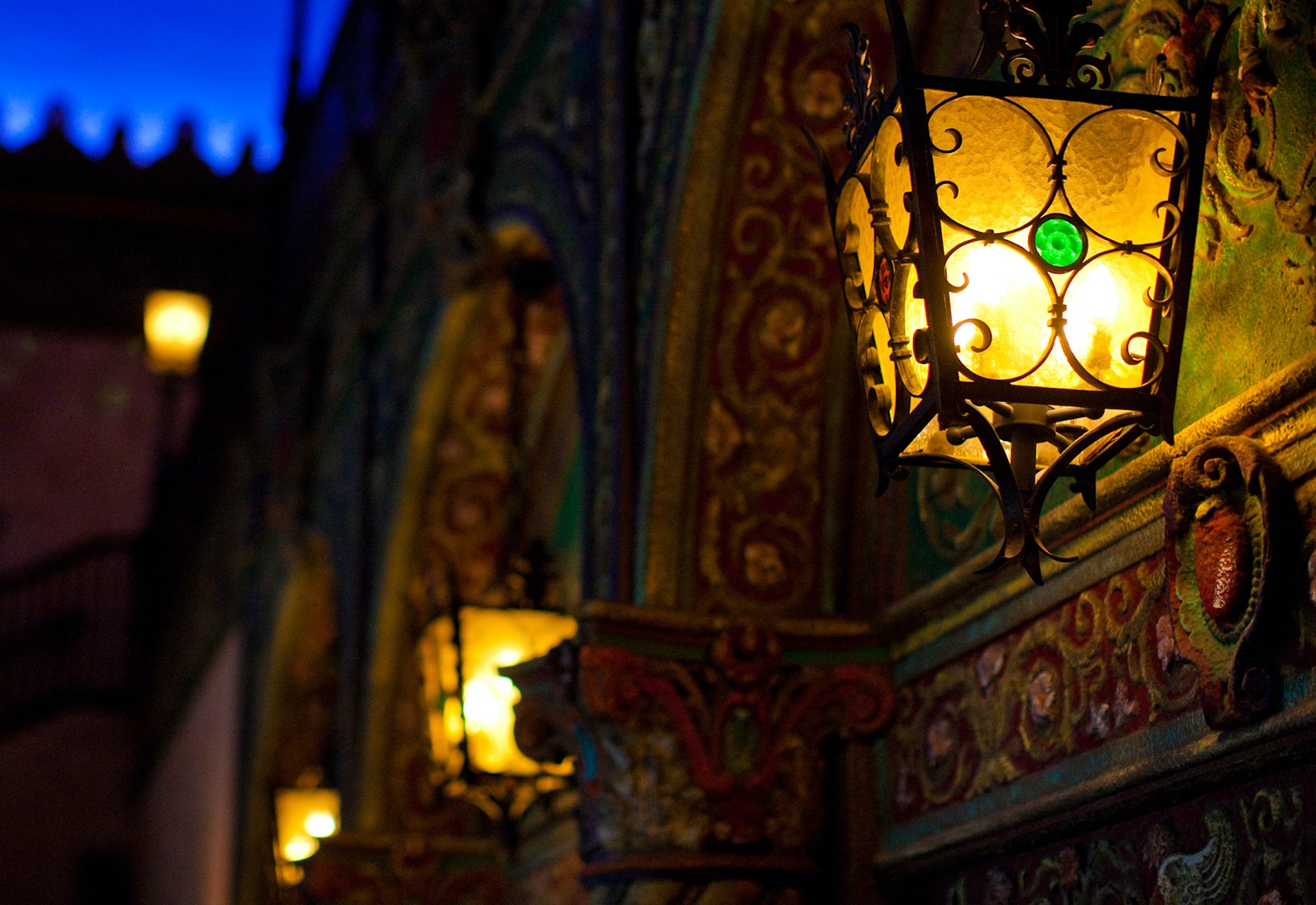 Nestled in the historic Haymarket district, the building itself began its life in 1892 as the New Belmore Markets (although they were officially named after the mayor, Sir William Manning). The building was designed by council architect, George McRae, who also prepared the design for the Queen Victoria Building. The market’s motif of fruit and foliage may still be seen in the terra cotta decorative relief of fruit and foliage in the spandrels of the arches.

In 1916 the building was converted to a hippodrome designed specifically for the Wirth Bros circus. Part of the specification was the reinforced concrete water tank 12 metres in diameter and 3.6 metres deep for performances by seals and polar bears. The tank had a hydraulically controlled platform that was raised from the base to form a cover that doubled as a circus ring when the pool was not in use. This tank still exists but is covered by the new floor.

Within 10 years the circus became financially unviable and Wirth Bros initiated the idea of converting the theatre to a picture palace or movie theatre. In 1927 John Eberson, a renowned American designer of theatrically themed theatres, was commissioned to create the Capitol Theatre for its new tenant, Union Theatres. The classical reproduction statues and architectural props were manufactured in the US, scrupulously numbered for shipment and reassembly – supervised by Sydney theatre designer Henry White.

The Sydney Morning Herald covered the opening in 1928: “The effect of the new Capitol Theatre on the crowds which entered it on Saturday night was bewildering and a little overwhelming. One seemed to have stepped from under the dull skies of everyday life and passed into an enchanted region where the depth of the blue heavens had something magical about it and something heavily exotic, clouds passed lightly over then stars began to twinkle. Then again all was blue and clear.”

In 1928 people were attracted into the theatre to escape to a different world, they were captivated by the whimsical decor and the lavishness of the surroundings. They went to hear the orchestra and the mighty Wurlitzer, to watch the newsreel and soak up everything Hollywood had to offer. But for the Capitol, the glory days were over before they had started. Greater Union was hit hard by the depression and by 1933 when the theatre was converted for 'talkies' (movies with sound), it was already showing second rate movies.

In 1945 there were 151 million admissions to Australian cinemas, the biggest year in Australian movie history, but by 1958 Australians had been seduced by television and more than 20% of Sydney cinemas had closed. It was a grim time for many theatres and without major investment the Capitol’s future looked bleak. In 1972, Harry M. Miller presented Jesus Christ Superstar which had a successful two-year run but time, lack of funds and vandalism had taken their toll and the Capitol was in ruins.

By the end of the 1970’s it seemed the only real value was the land, the Sydney City Council considered demolition to allow a new lyric theatre to be built on the site. But in 1981 Australia’s last remaining atmospheric theatre was snatched from the jaws of the bulldozer by a Heritage Council conservation order and plans were made to restore the building and create a world-class lyric theatre.

For the first time in its history the theatre underwent a complete and thorough restoration that took two years and cost over $30m to complete. The orchestra pit was expanded with space for 110 musicians. New dressing rooms and technical areas incorporated part of the old tunnels used by the animals in the theatre's former life as a hippodrome. The fly-tower was extended to become 30 metres high and 37 metres wide extending nine metres into Hay Street making it one of the largest in Australia. In July 1995 an acclaimed production of Miss Saigon put the Capitol back on the world stage. Finally the Capitol had the second chance it deserved and Sydney has a theatre to be proud of.

What is an Atmospheric Theatre?

The atmospheric theatre was an American concept that had a short but spectacular life.

John Eberson  and Thomas W. Lamb were the two main designers of this new style of theatre in the USA. Although their style differed they were highly competitive.

Eberson invented and developed the concept of atmospheric theatre. Hundreds were built in the US between 1924 and 1932 and five in Australia – of which the Capitol is the last remaining one. Eberson designed over 500 atmospheric theatres.

Lamb’s style was known as the ‘hard top’; elaborate, neo-classical and a more formal theatre of which Sydney’s State Theatre is a good example.

Eberson’s designs were more experimental and theatrical than Lamb’s. His eclectic style drew the crowds and he was regularly called upon to dream up new and ever more fantastic interiors.  He obliged with Persian shrines, Castilian castles and Roman temples, determined never to use the same design twice. Eberson had no reservations about combining baroque with rustic Spanish for an even more dazzling effect.

The atmospherics were created with a combination of lighting and projection via a Brenograph which could project dozens of different effects from erupting volcanos to flying angels, onto a specially prepared blue plaster ceiling. From a design perspective the atmospherics approach was unusual in that the interior was designed as exterior architecture to give the impression that the audience were seated in an open-air garden surrounded by exotic plants and birds.

No thanks, continue browsing